Games for Adults and Children. Archaeological Finds of Games and Toys in Ancient Riga. 13th–18th centuries

The exhibition displays the oldest game accessories found in Riga, which relate to the beginnings of the medieval city in the 13th century, as well as the game elements used in the entertainment and learning of practical skills by children and adults of Riga until the 18th century. The exhibition of the museum’s archaeological collection is located in the museum exposition “Riga as part of Livonia”. 13.-16. century.”.

Since ancient times, humans had been familiar with games, playthings and pastimes. These seemingly simple and trivial activities have coexisted with significant historical processes and events. The fact that gaming traditions easily crossed barriers of time, distance, language, politics and religion allowed them to spread around the world. Games as entertainment and recreational activities were suitable for nearly everyone, regardless of social background, gender or age. It was possible to play either in small closed groups or at mass events, in private as well as public spaces.

It is believed that a large part of the games known in medieval Europe originated in ancient cultures – Egypt, Mesopotamia, India and elsewhere, this tradition being just inherited and passed on in the Middle Ages. Many ancient games or their variants have survived to this day.

There are few direct references in the written sources about the entertainments of Riga residents in the Middle Ages and early modern times. The main evidence of their favourite games proving that the ancient inhabitants of Riga were no exception in medieval and early modern Europe comes from archaeological findings. The oldest game accessories found in Riga refer to the beginnings of the medieval city in the 13th century, and they continued to be relevant in the following centuries.

The entertainment items from the 13th-18th centuries found in the archaeological research in Riga are of three types: accessories of games, toys and musical instruments. The first ones are the most numerous and diverse, representing mostly games of strategy, luck and physical skills. Toys are objects used primarily by children in the process of gaining developmental experience. The discovered musical instruments are simple and primitive sound-producing tools, intended for the performance of folk music.

Although we cannot obtain full information about the games of the ancient Riga people, their rules, children’s games or music in the streets of Riga, archaeological evidence proves that entertainment events constituted an important part of the daily life of the townspeople of the Middle Ages and early modern times and gives a certain idea of the gaming habits. 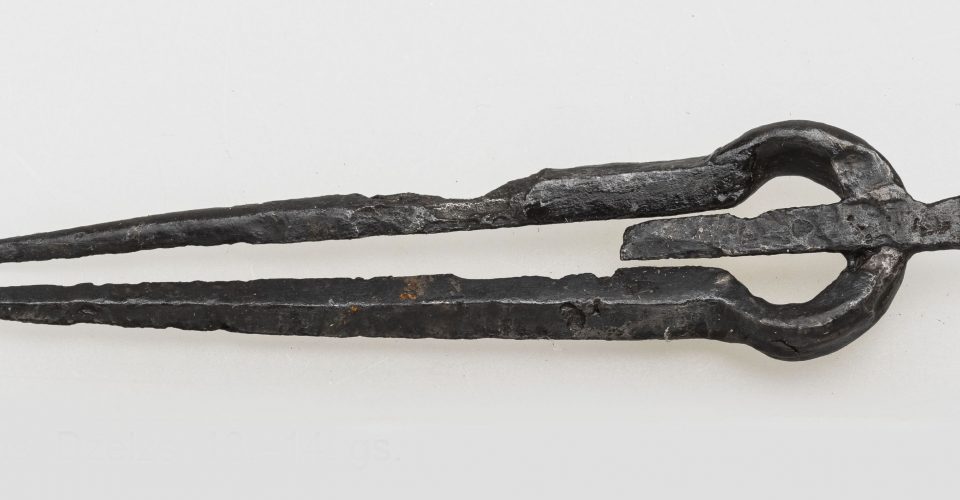