Cross Gallery of the Riga Dom

The 13th cent. Cross Gallery of the Riga Dom is a remarkable masterpiece of early Gothic in the Baltics. The 118-m long three-part gallery is spanned with 29 cruciform arches, and its arcade with limestone columns faces the yard.

Initially, the Cross Gallery connected the Riga Dom, Archbishop’s cathedral, with the monastery – the Dom Chapter, or the seat of the clerical council, situated in the east and south wing of the Cross Gallery. The west wing housed the Dom School, founded in 1211. After the Reformation in the 16th century, the monastery ceased existing and its premises were used for maintenance purposes. In 1778, a newly built city library space – Column Hall – above the east wing replaced the former monastery premises, but in 1888/1889 above the south and west wings of the Cross Gallery rooms were built for the needs of the Dom Museum and the city archives.

The Cross Gallery has undergone a number of reconstructions. Niches above the arcades feature arms of the families who donated funds towards the renovation of the Cross Gallery and the garden in the late 19th century. The last conservation of the Gallery stone decors as well as an extensive archaeological research of the Dom yard was carried out in the 1980s and 1990s, which yielded important evidence about the building history of the Dom, work of the Dom School, the churchyard and the medieval burial traditions.

On display at the Cross Gallery are several collections of the Museum of the History of Riga and Navigation: cannons and firing equipment, grave slabs, fragments of stone and metal decorations from lost buildings, a plaster cast of the monument to Peter I, archaeological finds, particularly the finds of the year 2000 in the Dom garden – the so-called Salaspils stone head, a hypothetical Liv idol and one of the unique finds in the history of Latvian archaeology.

At the south wall of the Dom stands the sculpture of Bishop Albert, founder of Riga. The sculpture is a copy of the 1897 original (sculptor Karl Bernewitz, architect Wilhelm Neumann) and was given by the Baltic Germans to Riga on its 800th anniversary at 2001. 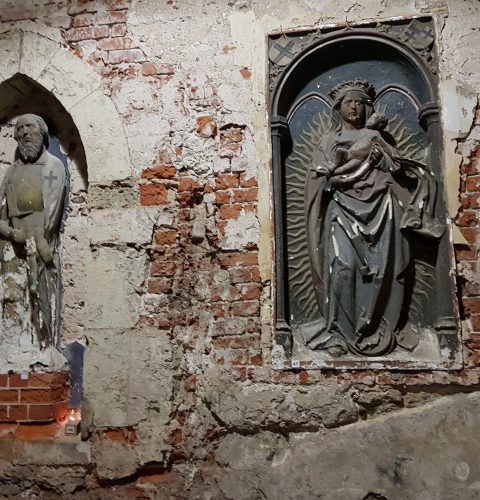 In the Cross Gallery of the Riga Cathedral
Open the image

Stone base of a pillory. 1677
Open the image 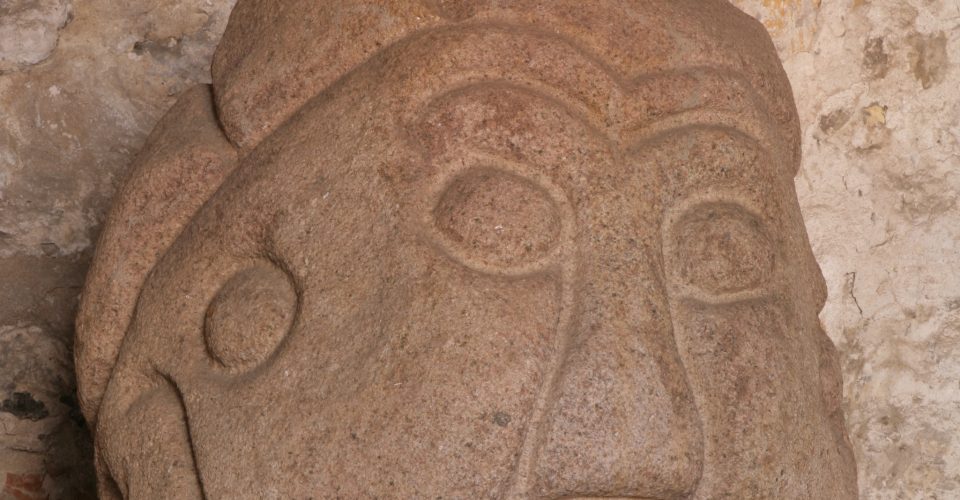 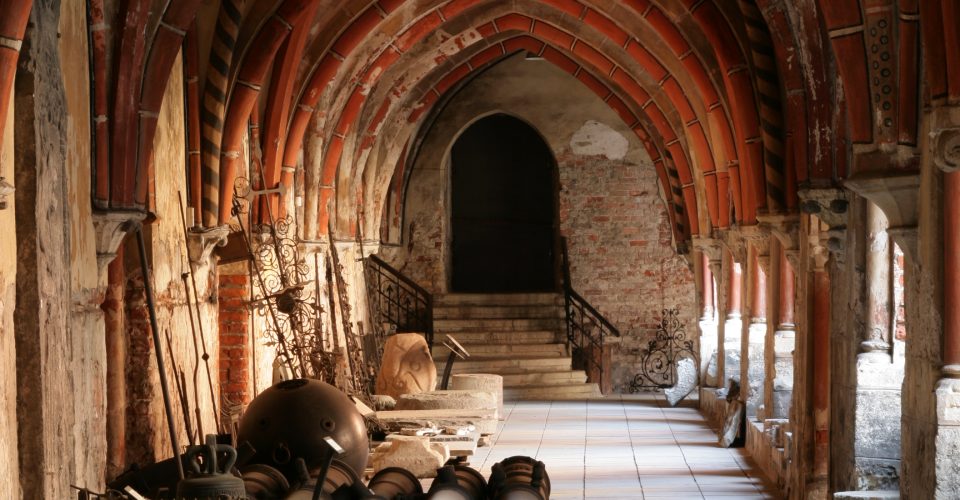