In 2005 the word ‘craftsmanship’ became meaningful again in the world of visual art, with the foundation of The Classical Academy of Fine Art in Groningen. In 2016 graduates from the Classical Academy founded the AKKA society. The passion for art is the binding factor between the members and the interaction within the group stimulates the creative process.

In 2020 nineteen AKKA artists embarked on a project with the Veenkoloniaal Museum Veendam, in search of the historical link between Groningen and Riga.

For some of them this was a journey of discovery on unfamiliar ground. The Veenkoloniaal Museum in Veendam was an outstanding source of inspiration, with countless historical objects and trade documents, the evidence of the centuries-old connection between the Netherlands and Latvia. For other artists it was an investigation into their own family history, tracing their forefathers whose nature was shaped by the land they lived on, as peat digger, as labourer or as barge worker – secretly dreaming of sea voyages to faraway places. For others again, mother nature in the Baltics was a source of inspiration. The artists tried to imagine what it was like to be on a voyage to the Baltics –  unsure about prices, supply and demand, hoping for a safe journey on a ship that would withstand all weather extremities. Many brave skippers’ wives went on board, their children too. How exciting it must have been to go ashore in a foreign Baltic port, to feel the connection with the people they met there

If you can envisage all of this, how do you portray it ?

This exhibition provides the answers. A varied palette of paintings and sculptures tells the exciting story of the relationship between our two countries. 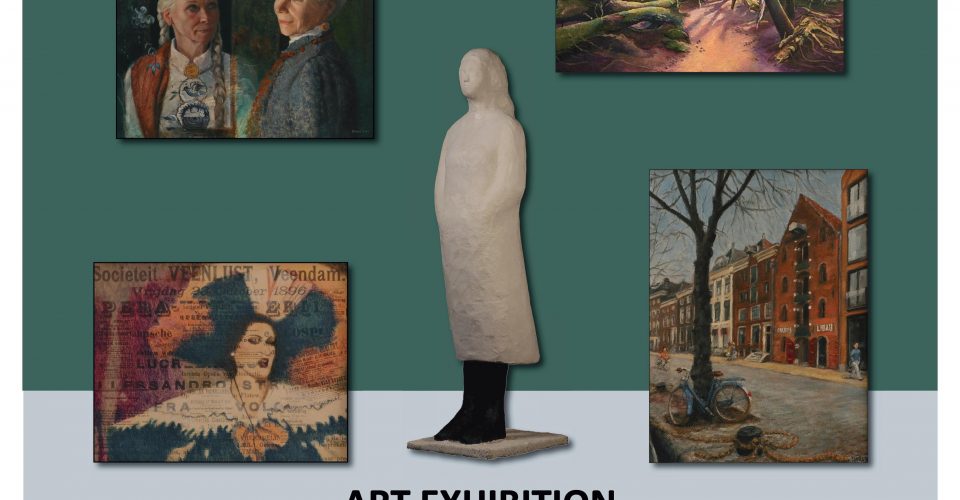